Throughout the centuries, there have been many martial art training practices found all over the world. Dating back to when peasants and farmers secretly trained to defend their home and loved ones from distant enemies, or even deviant leaders. Many forms of martial arts have been past down from generation to generation to stand the test of time, where others were sadly forgotten. In modern day, schools, dojos and other training centers continue to train traditionally or in the mixed martial arts setting. No matter which appeals to you, learning these forms can improve health and defensive abilities. Allegiance Gym discuss the differences between Jiu Jitsu and Brazilian Jiu Jitsu for the beginners who are a little unclear.

Jiu Jitsu is a Japanese traditional martial art, which typically focuses on the more gentle aspects of fighting. For the small stature and weaker students, this particular art is more compatible and complimentary, because if it is correctly applied, leverage allows control over stronger and bigger opponents. Many schools focus on the self-defense studies; blocking, throwing an opponent and controlling them, for example and with a minimal focus on striking, with the only exception to manipulate grappling techniques. Many joint locks and choke holds are applied from a standing position, either to throw an opponent off his feet or incapacitate him. Techniques against armed opponents are often included in the schools’ instruction. Gi or traditional uniforms are sometimes worn, with colored belts ranging from white to black, indicating the rank of the particular student. Most schools apply kata, or set fighting patterns to practice techniques.

Brazilian Jiu Jitsu is a descendant of traditional Japanese Jiu Jitsu. Jigoro Kano created judo in the early 20th century, believing that the essence of Jiu Jitsu was being diluted as many schools ceased to emphasize paired training and competition. Altering some of the striking and other components of the art, he went on to create an art based on throwing an opponent and then controlling or submitting him on the ground. When one of Kano’s students, Mitsuyo Maeda, came to Brazil, Brazilian Jiu Jitsu was born where he taught the locals the martial art. A greater emphasis on the ground-fighting portion was prominent thus the grappling art of Brazilian Jiu Jitsu flourished. Brazilian Jiu Jitsu is now a competition sport. Similar to Japanese Jiu Jitsu, Brazilian Jiu Jitsu expresses throws, joint locks and chokes, greatly influenced by the more competition-orientated judo. A great many of Jiu Jitsu’s traditional locks and takedowns are more optimal against unsuspecting opponents, or opponents not trained in the art, making them less effective in competition. Brazilian jujitsu specializes on grappling on the floor without incorporating strikes. It is often taught mainly through live training practices as well as competitive sparring, also referred to as rolling. The end result is to control an opponent before applying submission holds; joint locks and strangleholds for example, to get them to tap out, which is a signal that escape is not possible. More often than not, reinforced Gis are worn to better endure the rigors of training, with belts ranging from white to black. It requires diligence and a significant amount of time to earn progressive belt levels. Because of this, practitioners can earn stripes associated to the belt, to demonstrate their progression within that certain rank.

We at Alliance Gym hope this clarified a few distinctions between the arts. No matter your age or physical capabilities, anyone can find a passion for martial arts, and over time, you can better condition your body to live healthy, and to be able to defend yourself should the time ever arise. Come check out our facilities today! 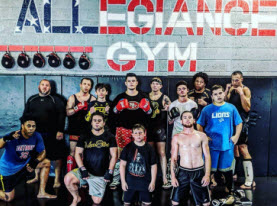 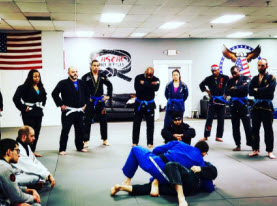 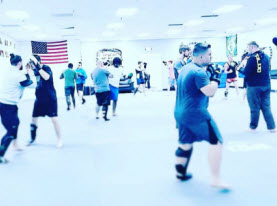 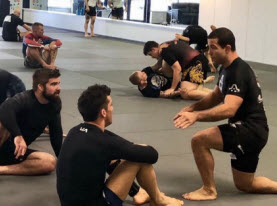